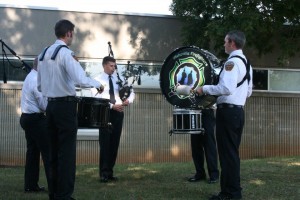 The Asheville Firefighters Pipes and Drums was started in 2010 to promote brotherhood for fire fighters and to be of service to the department. That year the Fire Department and the Firefighters Union split the cost for six months piping and drumming instruction for active firefighters. The original band consisted of P/M Patrick Boland, Paul Monroe, and David House on pipes; Mike Edwards, Hayne Griffin and Mike Riley on snare; and Kevin Miller on bass. The first performance was in August 2011 when the band was called on to play at the funeral of a fire captain who had died.

The band continues to play locally at memorial services and annual St. Patrick’s Day festivities. The band travels each year to the North Carolina Fallen Firefighter Memorial and to the National Fallen Firefighters Memorial where fire department pipe bands from across the country join together for the common purpose of honoring fallen comrades.

Piper David House designed a tartan for the band, based on the colors in the Fire Department badge. The Asheville Firefighters Tartan was registered in the official Scottish Register of Tartans in August 2013. 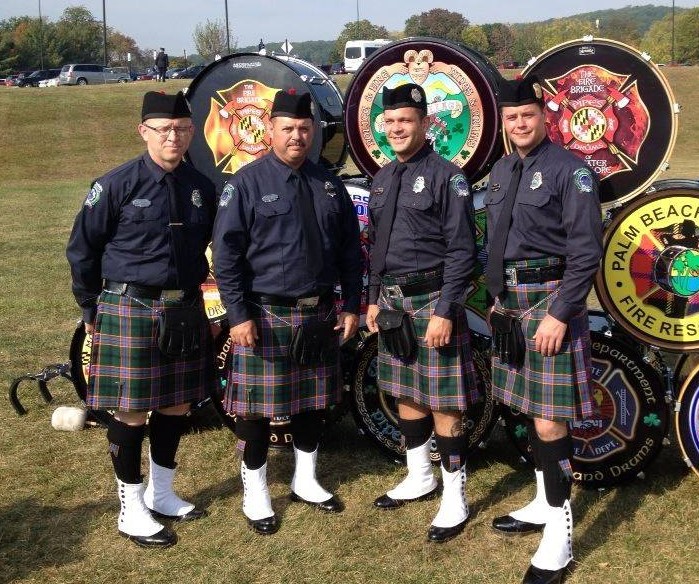