The Highlands Pipes and Drums got its start in 1988 when two events converged. Piper Michael Waters moved to Highlands from NY and Dr. Gordon Teal, Keeper of Her Majesties Tartans, created a Scottish Tartans Museum in Highlands. Dr. Teal was enthusiastic about starting a pipe band in the Highlands area and offered to donate a bolt of his own Teallach tartan towards outfitting the band. With his support and Michael’s tutelage, the band formed, charter members being P/M Michael Waters, Tony Chambers, Allen Moore, and DeWayne Chapman as pipers, Scott Paxton as snare drummer and Walter Taylor on bass. The snowy Highlands Christmas Parade of 1989 was its first performance. 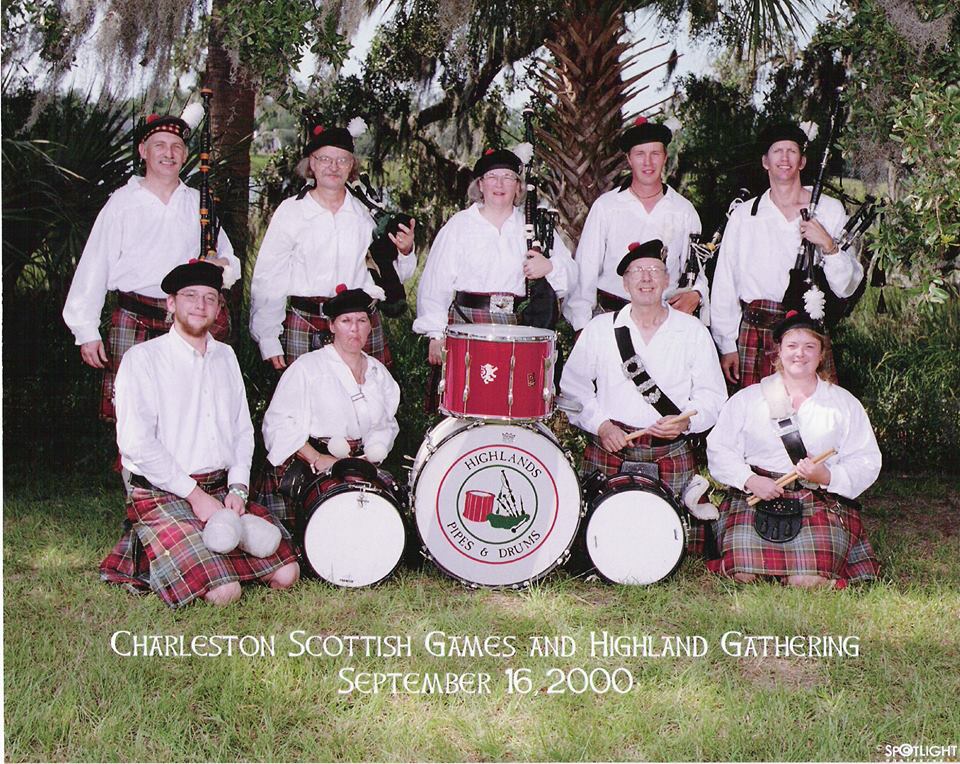 The band began competing in 1994, making a trip to Vail, CO that year. In 1995, the band placed second at the Stone Mountain Highland Games. Michael was contacted about some Scottish pipers and drummers who wanted to spend the summer in the US. Four young men, three pipers and a snare drummer, arrived in 1998. Two pipers continued playing in 1999 and one piper through 2000. With their reinforcement, the band took a second place at a competition in Nova Scotia, Canada in 1998. The band continued competing through 2002.

The Highlands Pipes and Drums is now primarily a performance band, playing regularly for parades and festivals including the St. Patrick’s Day Parade in Augusta, GA, events at Western Carolina University, area school programs and graduations. It is a regular performer for holiday parades and the Taste of Scotland festival in Franklin.

The band’s uniform consists of kilts in the Teallach tartan, a winter military tunic or summer pirate’s shirt, and balmorals.