Some pipers and drummers from the former Deep River Pipe Band began practicing together in Greensboro in August 2010. They recruited Mark Elliott to be their leader. Mark, as a member of Clan Lindsay, approached key people in the Clan about providing funds, stating the band’s mission was “to foster the Scottish arts of piping and drumming in a pipe band setting, with mastery of the music and instruments to allow performance at the highest level”. Clan members had already imagined having their own pipe band. By February 2011, the band had a sponsor and Clan Lindsay USA had a pipe band.

The band had its debut performance on St. Patrick’s Day 2011 at Graffitti’s Bistro in Greensboro. In October, the band traveled to Stone Mountain, GA where it was well-received at the Clan Lindsay Annual General Meeting. 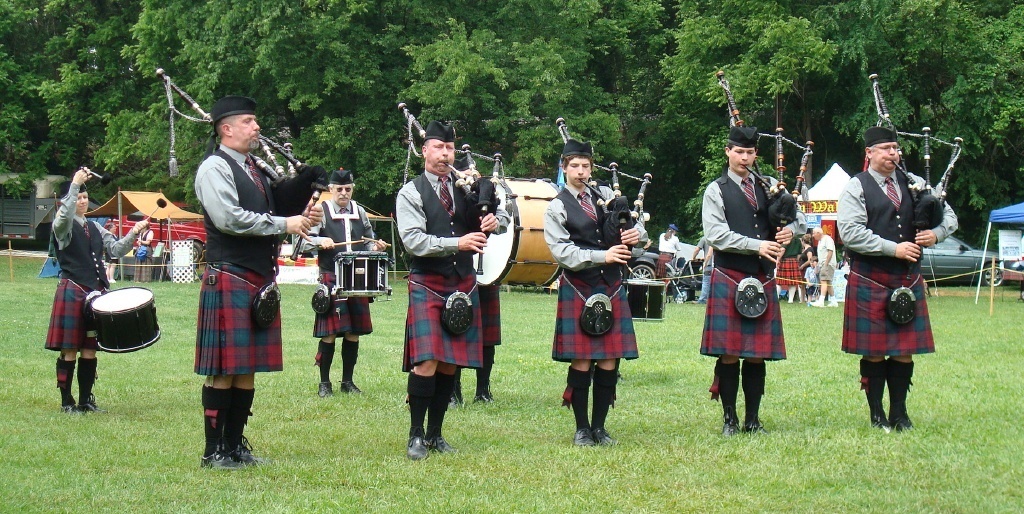 The band’s first competition was at the Stone Mountain Highland Games in October 2011. Surrounded by Clan Lindsay members showing their support, the band took first place in a field of eleven bands. At the end of the year, the band was upgraded by the EUSPBA to Grade 4.

Mark continued to teach and develop players, including instruction in music theory and maintenance of the instruments. The band had potential to grow and improve. It made a good showing once again at Graffiti’s Bistro on St. Patrick’s Day. It looked sharp and played impressively at Bethabara Celtic Festival in May. But all year the band was unable to compete because it lacked the minimum numbers. Finally in September 2012, the band scraped together the minimum number to compete at the Charleston Scottish Games. Two weeks later, a piper quit. Since the band was once again below the minimum number and unable to compete, another piper and drummer left. Due to low numbers of bandsmen and a general lack of commitment, the band with so much potential ceased to be.