In 1965, Miss Sally Southerland, a Highland dance teacher in Charlotte, Ludovic Grant-Alexander, the director of The Citadel Pipe Band in Charleston and the developers of Invershiel, a replica of a Scottish Highlands village at the foot of Grandfather Mountain met to draw up plans for a summer school where students could learn dancing, piping and Scottish history and culture from outstanding teachers.  At the time, there were ample opportunities for aspiring dancers and pipers to get instruction in the northern states, but few opportunities in North Carolina.  The Highland Arts Camp opened in June 1966 with 20 campers on the campus of Lees-MacRae College in Banner Elk. 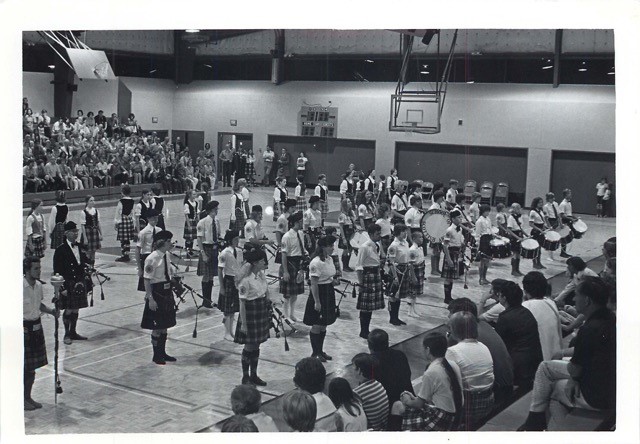 Drumming instruction was added to the school by 1974 with Eddie Asten and David Wonsey teaching snare and Beth Frink teaching bass and tenor.  Jon Quigg was the snare instructor in 1980 and Tim Gladden and Tommy Kee were snare instructors in 1982.

Balmoral School of Piping and Drumming

The Balmoral School of Piping and Drumming was founded in 1979 by Albert McMullin.  During Albert’s tenure as director, it was held at his alma mater, Guilford College in Greensboro from 1979 – 1983 and at Davidson College from 1984 – 1987.  The first two instructors were Jimmy McIntosh and Alex Duthart.  As the school grew, additional instructors were added.  These included:  piping – Murray Henderson, Jimmy MacGregor and Scot McAulay; drumming – Tom Kee, Bert Barr, Drew Duthart and Jim Kilpatrick.  McIntosh taught each year. Duthart taught until his untimely death in November 1986.

Albert had several motivating factors for starting the school. It was a way to spend time with his piping and drumming friends who had drifted apart after high school and college.  It was a unique opportunity for two of the leading piping and drumming teachers in the world to offer quality instruction in the South. The school became a reality after McMullin attended the Laurel Valley School of Piping and Dancing in Pennsylvania in 1978 where McIntosh was the piping instructor. There, McIntosh and McMullin developed a friendship and the idea of starting their own school was too good to ignore. 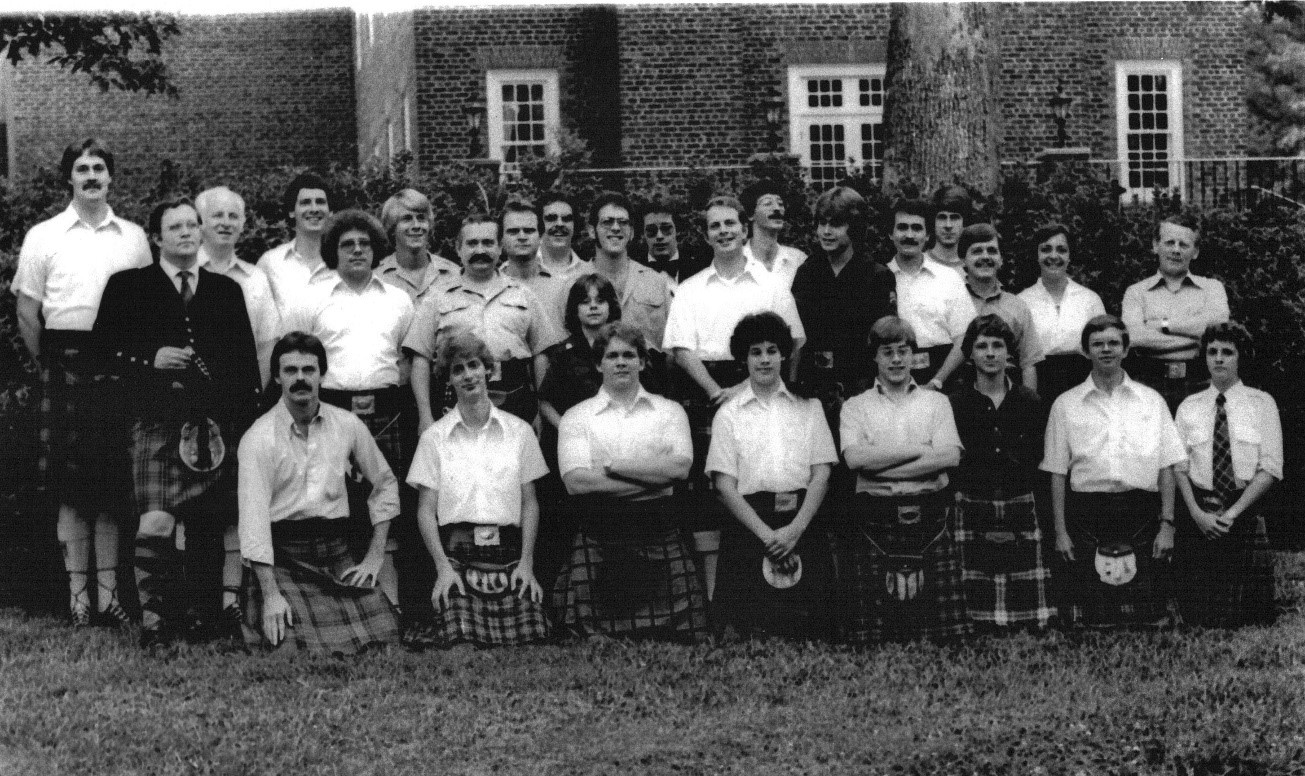 Balmoral School of Piping and Drumming – 1979

In 1988, the school merged with the Balmoral School of Piping at Edinboro University in Edinboro, PA. The summer sessions, now under the direction of George Balderose, continued in the Carolinas through 1991, meeting at Davidson College, Old Dominion University in Virginia, and at Converse College in SC.