In 1946, Jack Hunter Smith formed the Caledonian Pipe Band in Winston-Salem. Pipers were Jack, his two sons Jack Jr. and Douglas, Shober Speas, and Roby Bowen, bass player Melvin Speas, snare drummers Frank Elliott, Ken Bailey, and Ray Hawkins and Drum Major Lewis Cranfield. Band members were all high school age or young adults living in Winston-Salem and all taught by P/M Smith. The uniforms were full military dress with the Gunn tartan, as Jack had Gunn ancestors. Their first performance was in June 1947. They performed for area parades and festivals including Winston-Salem’s Centennial Celebration. The most memorable performance was when they went in the bass drummer’s van to Raleigh to lead the 1949 inauguration parade for Gov. Kerr Scott. The group disbanded within the next year as the young band members grew up and went their separate ways. 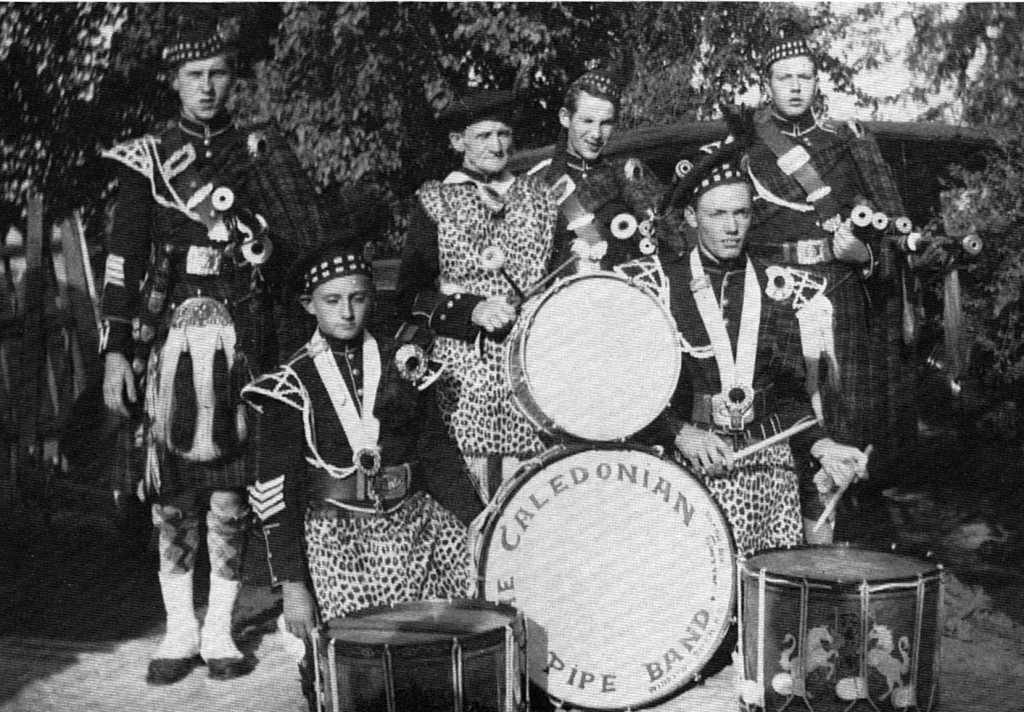