In early 1970, P/M Harvey Ritch sought to mold the younger pipers in the Charlotte Caledonian Pipe Band into a competition band. His idea met resistance from some in the band so he took the younger players and left to form his own band, the Charlotte Scottish. He developed an aggressive training program for the young people, exposing them to the best instructors he could find. Piping and drumming lessons were offered at his new Scottish import shop in Charlotte, Everything Scottish. For a short time, he also taught a chanter class in Statesville. He partnered with the Anne Burgin School of Highland Dancing in Charlotte, promoting those dancers as part of the band. Notable performances for the band and dancers were the Heritage Golf Classic at Hilton Head Island, SC, and Callaway Gardens in Pine Mountain, GA. Through a close friendship with Agnes MacRea Morton, he managed for the band to be named the host band of the Grandfather Mountain Highland Games beginning in 1970. The band wore the Ancient MacRea tartan in her honor. That year the band stood out at the Games in their uniforms of pith helmets and white tunics. 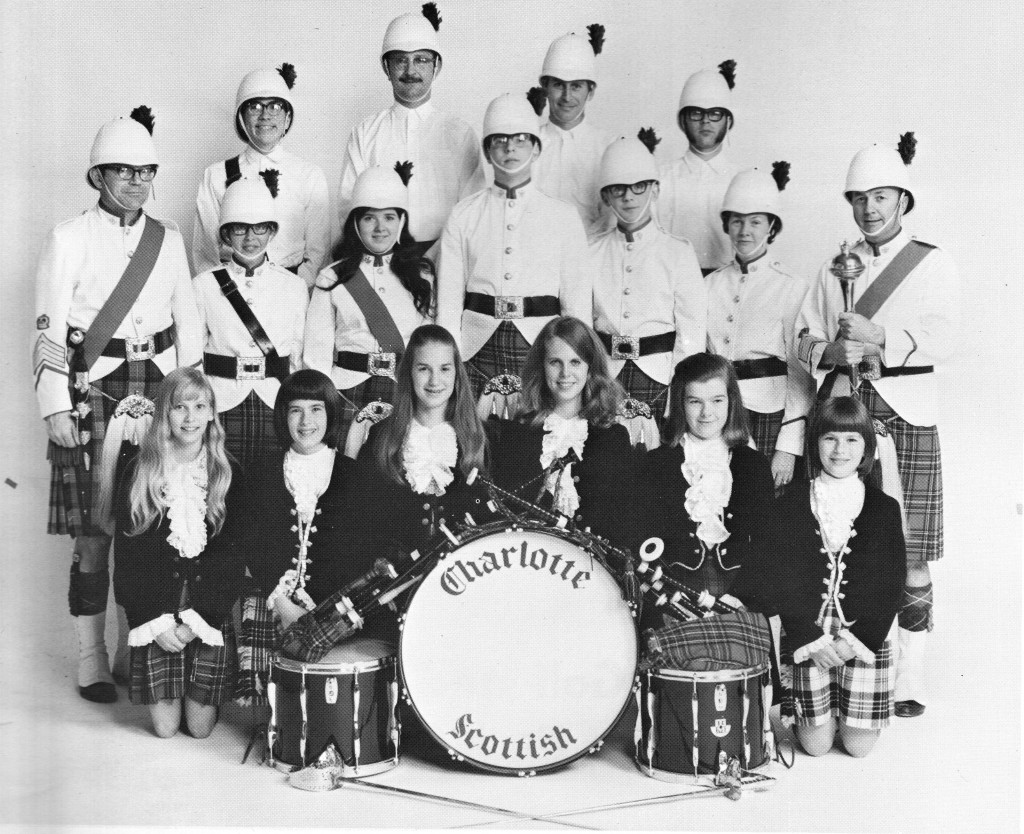 Albert McMullin moved to NC in 1971 to help lead the Charlotte Scottish.  That June, the band competed for the first time at the Delaware Highland Gathering (now known as the Colonial Highland Gathering) in Fair Hill, MD. It was the first time a North Carolina band had journeyed north to compete, and they came home victorious, winning first place in Grade 3. That August, they traveled to Canada where they placed 9th and 7th out of 23 bands on successive days. 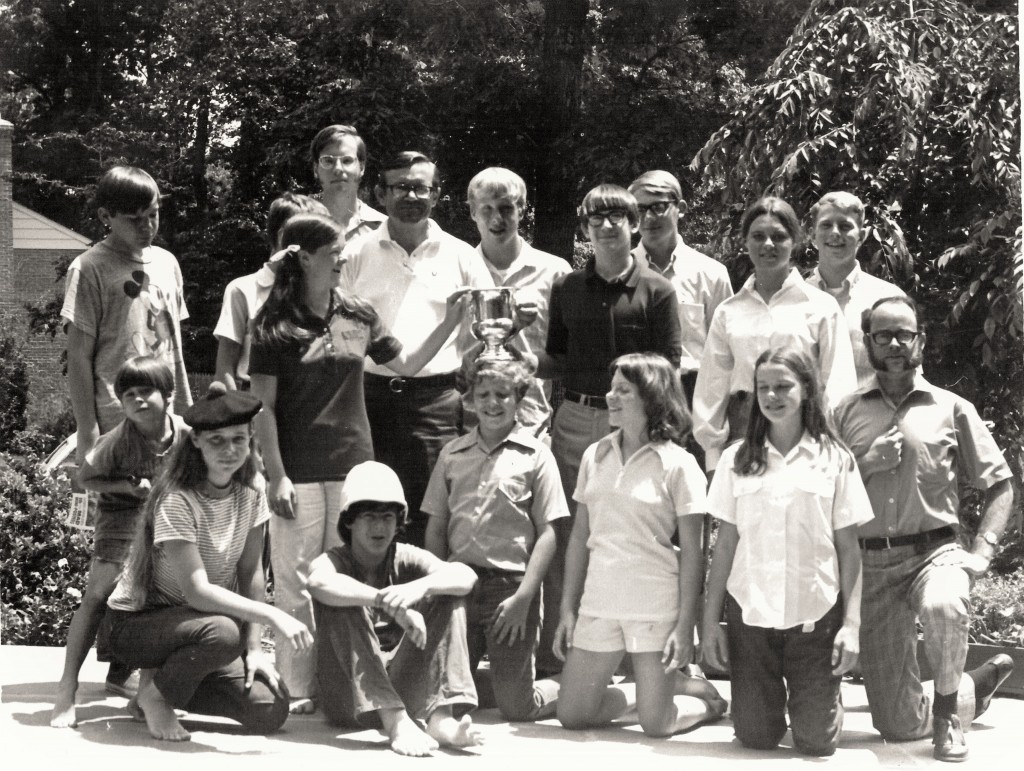 Charlotte Scottish with Trophy on Day after Delaware Highland Gathering, 1971

In 1972, the band won the March-Strathspey-Reel contest at Fair Hill. It came in second place at a contest at the Central NY Scottish Games and Celtic Festival in Syracuse, NY and then went on to Toronto where it competed in the first intercontinental pipe band championship at the Canadian National Exhibition (CNE). At that time, the World Pipe Band Championships were held in June in Scotland. The CNE organizers flew in the top six bands in Grades 1, 2 and 3 to compete in Toronto in August. The Charlotte Scottish had an opportunity to compete against the 1972 Grade 3 Champion, the Cumbernauld Caledonia Pipe Band. Charlotte Scottish came in sixth place, but were jubilant that this ranking put them above the Grade 3 world pipe band champion.

The band moved up to Grade 2 in 1973, entering contests at the Charlotte Scottish Games in April and again at Fair Hill in June. It came in second place both times, behind the Denny and Dunipace Pipe Band.

Tom Kee, a top drummer from the former City of Wilmington (DE) Pipe Band joined his friend Albert McMullin for the 1972 and 1973 competition seasons. His talent, combined with that of snare drummers Eddie Asten and David Wonsey of North Carolina, set a very high standard for its day. The drummers came out on top at each contest entered, in both Grade 3 and 2. In 1974, the snare line won the Grade 3 World Champion drum corps trophy in Stirling, Scotland as they competed with the Ogilvy Highlander Pipe Band of Wilmington, DE. The drummers helped bring pipe band drumming in North Carolina to a higher level by serving as  instructors for several years at area summer schools. Tom Kee taught at the Balmoral School of Piping and Drumming in Greensboro and Eddie Asten and David Wonsey taught at the School of Scottish Arts in Banner Elk.

Let the True Sound Roll On!

The band enjoyed its few years of glory, living up to its motto “Let the True Sound Roll On!” Time also moves on. The young people grew up and went their separate ways. Harvey Ritch had relocated his Everything Scottish import shop from Charlotte to Banner Elk so was geographically removed from the band. He was eager to form a pipe band in the mountains and recruited several of his loyal Charlotte Scottish pipers and drummers to assist in teaching members of the newly formed Grandfather Mountain Highlanders.